April 1 is supposed to be the day I roll out the new edition of Teach. Write., but as you may have guessed, Mrs. Winkler has been busy moving her seated classes to online, learning new skills, researching, endlessly grading, and writing many, many e-mails and messages.

I hesitate to give myself another deadline as things are changing moment by moment, but I do better with deadlines, so Tax Day (what was Tax Day) is my new goal–April 15.

It will be worth the wait. I have writers near and far, including two excellent examples of writing by my own students!!

Photo by David Garrison on Pexels.com

Not earth-shattering. Not life-destroying. Not important at all in the grand scheme of things, or even in the niggling scheme of things, but here are some of my pet peeves. I freely admit that I peeve myself at times, and I’m sure, others as well. But here goes anyway–for kicks and grins.

How much can an English teacher take?

I promise I won’t get peeved with you if you submit your best work for publication in my bi-annual literary magazine Teach. Write. Submissions are open for the 2020 spring/summer edition until March 1. See submission guidelines here.

Preview of Fall/Winter Cover by ttroslien via morguefile.com

Teach. Write. is a one-woman show, but it is important to me, and I have some wonderful writers whose works I want to share with you soon.

However, life is life, so although my publication date for the fall/winter edition of Teach. Write. is September 1, today, I know I am not going to make that deadline. My hope is to publish no later than September 15.

So, hang on, Sunday’s coming! 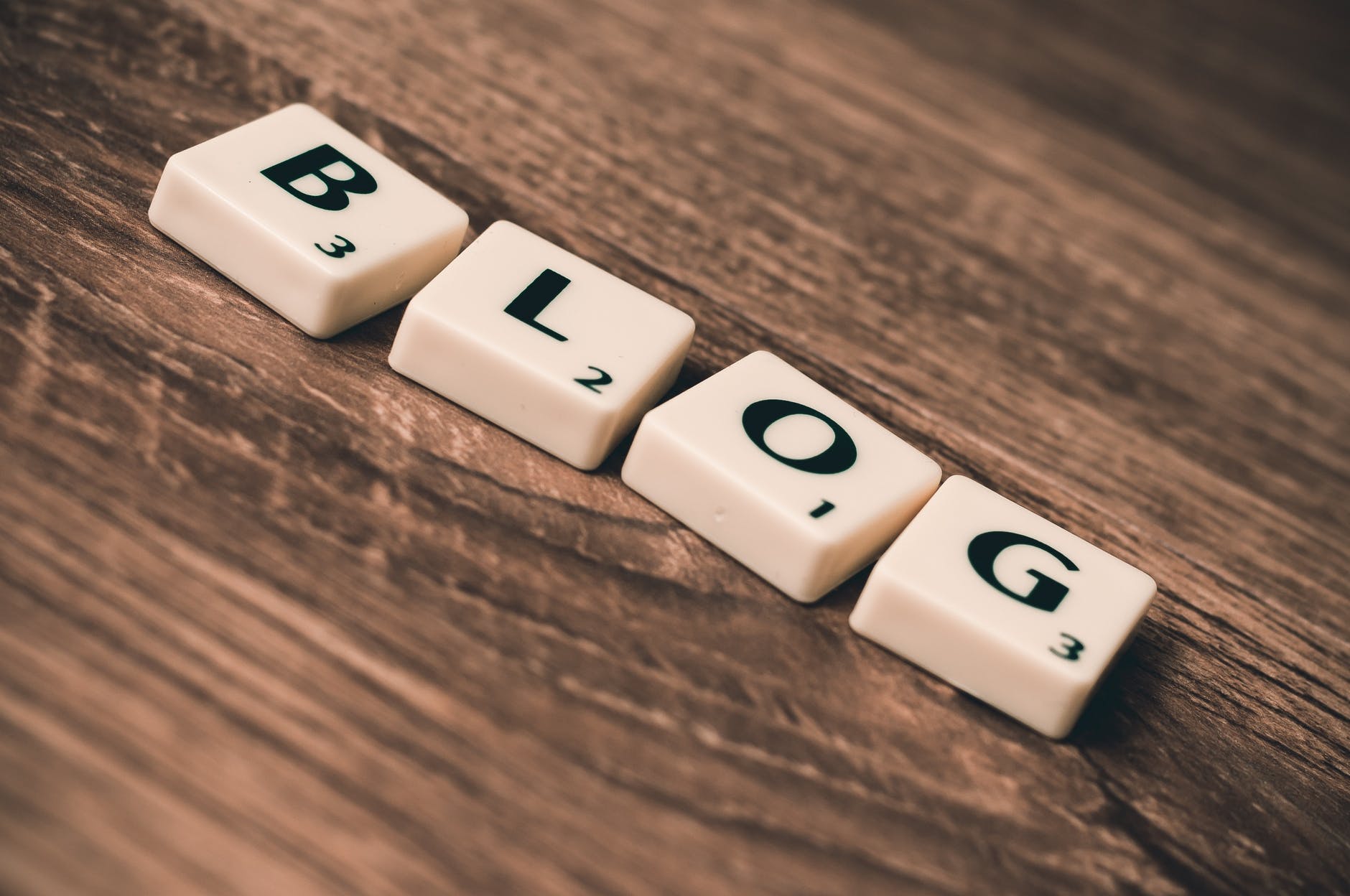 This is what I get for teaching in the summer—less time to work on my blog. I almost let all of June go by without a post, but I made it!

I am saying right now, while I am in the midst of it, that I will never teach a course in the summer again. What was I thinking? Those of you who know me understand how I can get during the school year–I’m kind of intense, let’s say. Summer has always been my time to work on myself—my writing and reading, my diet and exercise, my family, my friends. Oh, and my Scrabble online time.

Not that I haven’t been doing all that.

However, I should have anticipated that teaching a composition course in eight weeks instead of sixteen is naturally going to take up a big chunk of time. And it has. Yet, I’m not sorry that I have done it because even if I do not succumb to the allure of teaching in the summer again (oh, Lord, I hope not ), I have learned a great deal that I can apply when teaching my sixteen-week classes.

Now, I had fun! I love writing this blog and hope someone reads it, but even if no one does, I have had a chance to pull together some interesting conclusions about my experience teaching this eight-week online composition class, and it is giving me some good, good, good vibrations. Sounds like summertime to me!

Anyone for a game of Scrabble?

DON’T FORGET TO SUBMIT TO TEACH! WRITE! DEADLINE FOR THE FALL 2019 ISSUE IS AUGUST 1! CLICK HERE FOR SUBMISSION GUIDELINES. I WOULD LOVE TO SEE YOUR POETRY, SHORT FICTION, OR CREATIVE NON-FICTION! YOU DON’T HAVE TO BE A TEACHER OR A PUBLISHED WRITER TO SUBMIT!

Summertime and the livin’ is easy.

I have decided to teach an eight-week freshman composition course this summer that began yesterday. People have said it can’t be done, and perhaps they are right. Perhaps it is simply too difficult of a course to teach in eight weeks. We’ll see. However, I think it is worth trying because many of our stronger students could benefit greatly if they could get both freshman comp classes completed in one semester.

Despite taking on this experimental course this summer, I will still have some extra time that I hope to spend productively. First, I have been working on a novel for several years now and am determined to finish the rough draft this summer and have the work edited and ready to go out in the world to seek fame and fortune (Ha!) by the end of the year.

Second, I want to revise, edit, and polish some of my short stories that I have not found a home for yet. Last year, I totally reworked a story that had been rejected numerous times, and it soon, after some revision suggested by the editor, found a home with the Bethlehem Writers Roundtable. It’s called “Pilgrimage”

Another goal is to continue seeking and reviewing submissions for my literary journal Teach. Write.  When I first started the journal, four editions ago, I only accepted work from teachers of writing, but now I accept work from students of writing as well.

If you are interested in submitting to Teach. Write. then see the submission guidelines for more details.  You can see the latest edition by clicking here. I love to see stories about teaching composition and learning to write, but I accept short stories, poetry, and essays on a variety of topics and themes. I would love to see your work!

As usual I keep busy, but never fear–I plan to do a great deal of sitting and reading on my deck with my feet up, sipping iced tea with lemon.

Glad to offer Volume II, Issue 2 of Teach. Write.: A Writing Teachers’ Literary Journal. Once again, producing this journal right during this busy time of the semester, right before the premiere of my fourth play, has nevertheless been a joy. I feel like I get to know all of the writers who contribute by reading their e-mails, bios, and most of all, their writing. I thank them all for contributing, and I hope you will all enjoy this newest edition of Teach. Write.

Here is a link to the journal: 2019 Spring_Summer_Teach. Write.

The world premiere of Battered, a play about domestic violence inspired by Robert

Browning’s The Ring and the Book, will appear April 11-14, at the Patton Auditorium of the Henderson County campus of Blue Ridge Community College in Flat Rock, North Carolina.

Over a period of two years, I have worked on the script along with the director and a hard-working cast and crew. My continuing collaboration with the head of the drama department allows us to provide real-world experiences for students, along with an opportunity to express themselves through their art.

At the latest professional development day, the keynote speaker talked about providing students with what he called peak moments, those educational experiences that provide lasting memories and shape our students’ future. My hope is that this production of Battered will provide such experiences for the cast and crew. I know it has for me.

Yesterday, we filmed some of the flashback scenes for my newest play, Battered: A Play about Domestic Violence Inspired by Robert Browning’s “The Ring and the Book.” If you are near Asheville, NC, in April, then I hope you will try to make it.

Here is more information about the production:

April 11-14, the Theatre Department at Blue Ridge Community College in Flat Rock, North Carolina, presents the world premiere of English faculty member Katie Winkler’s drama, Battered: A Play about Domestic Violence Inspired by Robert Browning’s “The Ring and the Book.” A story within a story within a story, the play takes place in a small theater during the read-through of a new play by a young woman, Julia, who has escaped from a violent relationship with her intimate partner.

Julia has chosen to write an adaptation of the Victorian poet Robert Browning’s masterpiece, The Ring and the Book, drawn not only to the long narrative poem’s subject of the real-life murder of Pompilia Comparini by her husband Guido Franceschini, but also to the story of the great love between Robert Browning and Elizabeth Barrett. As the main character in this play within a play endures the increasing violence of her tyrannical husband’s abuse, Julia begins to relive her own nightmare.

As in past productions, including last season’s Stories from the Table by communications instructor Joshua Bledsoe, Battered is a collaborative effort, involving Director Jennifer Treadway and the author, as well as Blue Ridge students and community members. The desire is to raise awareness about the ongoing issue of domestic violence and also celebrate the enduring work of two of the greatest English poets of all time.

Author Katie Winkler has taught English composition and British literature as an adjunct and full-time professor for over 23 years at the college. Previous productions of her work include the musical A Carolina Story, a literary adaptation of Mary Shelley’s Frankenstein, and the one-act comedy Green Room. She is an active member of the Dramatists Guild of America and is a recently named trustee on the board of the North Carolina Writers’ Network.

Starring as the playwright Julia is well-known area actor Natalie Broadway, who has performed in several productions at Blue Ridge, including August: Osage County, The Taming of the Shrew, and Les liaisons dangereuses, among others. She also served as artist-in-residence at the college, performing the lead role in Bertolt Brecht’s Mother Courage and her Children. Other cast and crew members include theater students, as well as students outside of the department, alumni, and community members.

Battered will be presented April 11-14 in the Patton Auditorium of the Henderson County campus. Other performance sites will be announced soon. Admission for students, faculty and staff is $5. General Admission is $7. Contact the Blue Ridge Community College Theatre Department for more information or to make reservations.  js_treadway@blueridge.edu.

Busy times for Mrs. Winkler! Besides grading like mad to catch up from unexpected eye surgery followed by a bad head cold AND putting the finishing touches on the play, I am currently putting together my newest edition of Teach. Write.: A Writing Teachers’ Literary Journal. I am excited about this edition’s contributions and think you will be, too! Stay tuned!